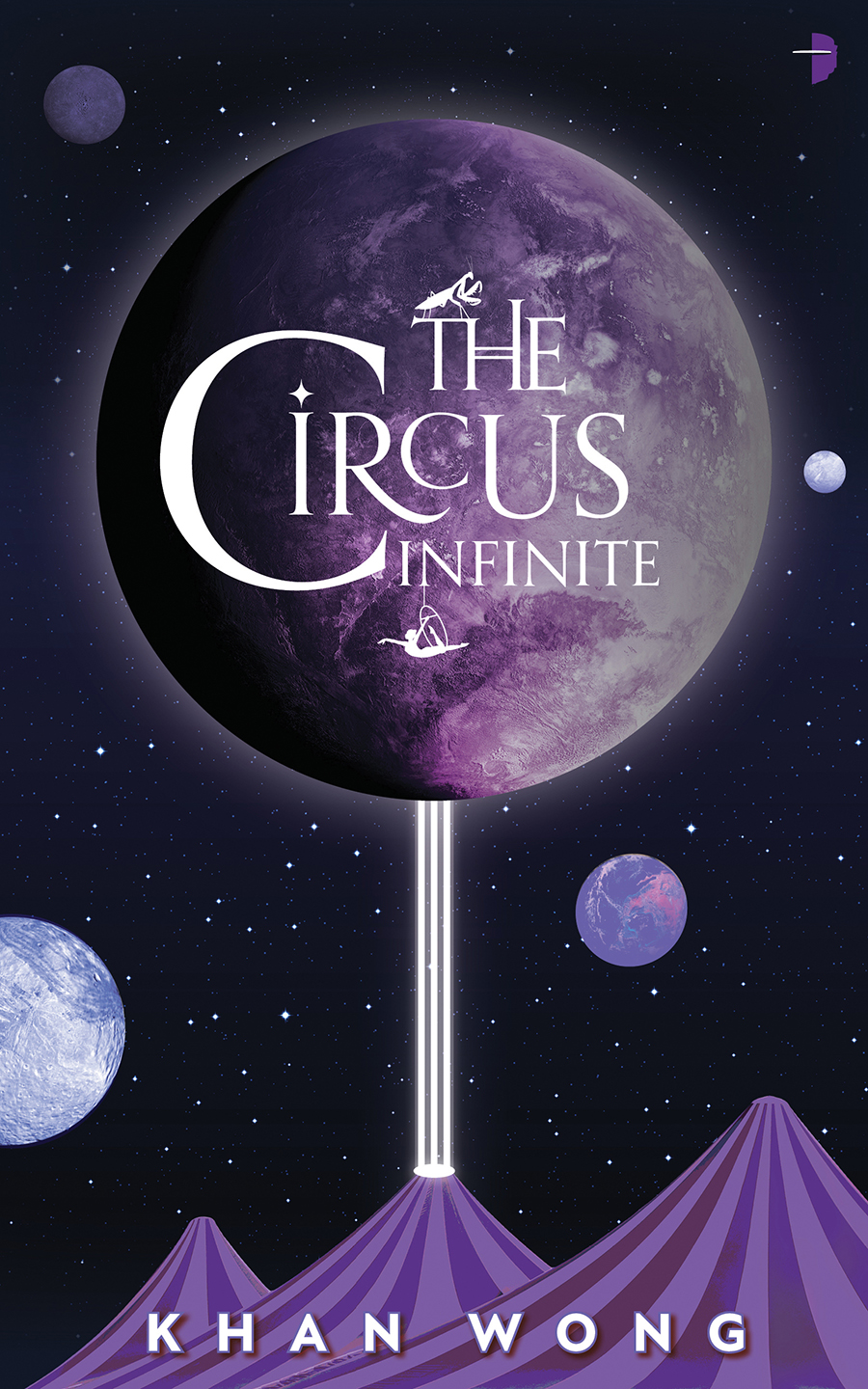 Hunted by those who want to study his gravity powers, Jes makes his way to the best place for a mixed-species fugitive to blend in: the pleasure moon of endless parties. But it doesn’t take long for him to catch the attention of the crime boss who owns the resort-casino where he lands a circus job, and when the boss gets wind of the bounty on Jes’ head, he makes an offer: do anything and everything asked of him or face vivisection.

With no other options, Jes fulfills the requests – espionage, torture, demolition – but when the boss sets the circus up to take the fall for his about-to-get-busted narcotics operation, Jes and his friends decide to bring the mobster down instead. And if Jes can also avoid going back to being the prize subject of a scientist who can’t wait to dissect him? Even better.

Khan Wong has published poetry, played cello in an earnest folk-rock duo, and been an internationally known hula hoop teacher and performer. He’s toured with a circus and produced circus arts shows in San Francisco, where he also worked as a grantmaker with a public sector arts funding agency.

We are Angry Robot, independent purveyors of the very best in SF, F and WTF!? 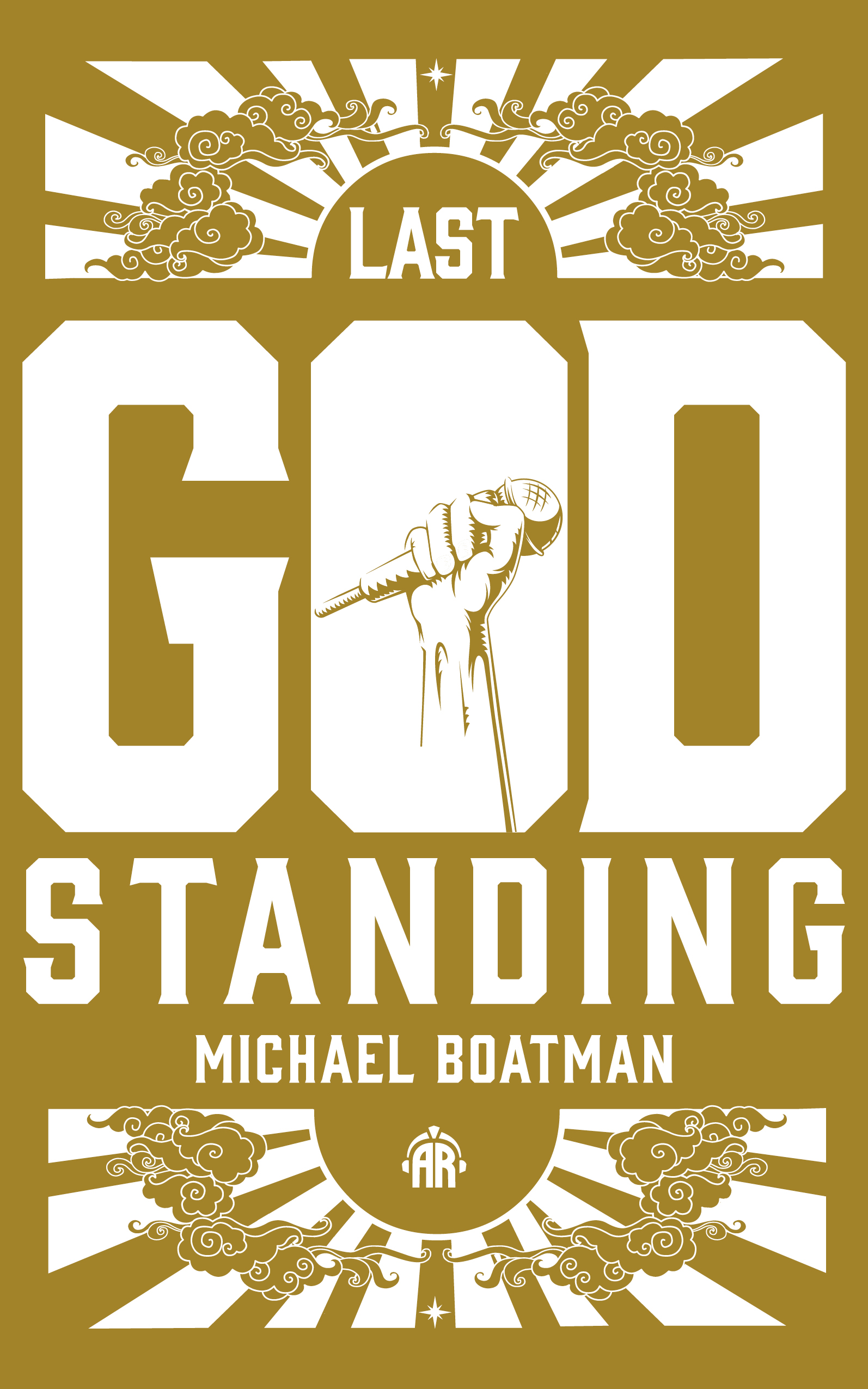 When God retires to join the human race, an army of desperate deities declares war over Earth’s vanishing supply of mortal faith. Now, uncomfortably occupying the body and soul of struggling comedian, Lando Cooper, He finds Himself the target of an unholy uprising.

Forced to defend Himself and His mortal friends and family from a mob of hungry gods, Lando must also discover who is killing his divine colleagues and stealing their dwindling powers. Could it be Lucifer, who went missing soon after his own Hellish retirement?

Lando must put down an insurrection, land a lucrative TV deal and propose to the girl of his dreams. But he’s all too mortal now; a shadow of his former Self. Meanwhile, there’s a godeater on the loose growing stronger with every victim. And it’s coming for Lando’s immortal soul.

Michael Boatman is a writer and actor. He has starred in TV shows and films including China Beach, Spin City, ARLI$$, Anger Management, Instant Mom, Gossip Girl, The Good Wife; Hamburger Hill, The Glass Shield, Bad Parents, and on stage on Broadway.