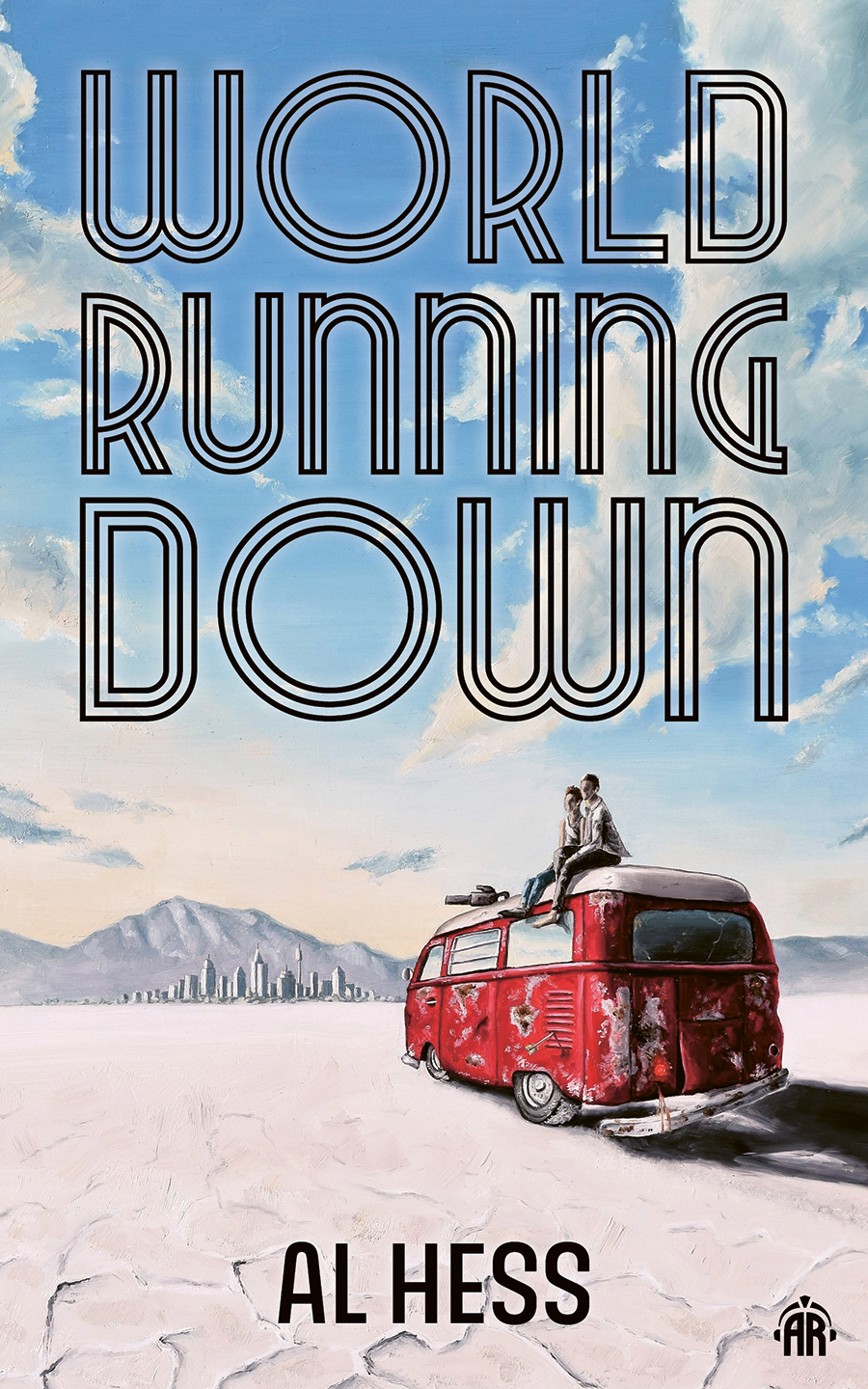 Valentine Weis is a salvager in the future wastelands of Utah. Wrestling with body dysphoria, he dreams of earning enough money to afford citizenship in Salt Lake City – a utopia where the testosterone and surgery he needs to transition is free. But earning that kind of money is a pipe dream, until he meets the exceptionally handsome Osric.

Once a powerful AI in Salt Lake City, Osric has been forced into an android body against his will and sent to offer Valentine a job to retrieve stolen androids. The reward is a visa into the city, and a chance at the life Valentine’s always dreamed of. But they encounter a problem: the android ladies are becoming self-aware, and have no interest in returning to their old lives.

Carrying out the job would go against everything Valentine stands for. He’ll need to decide whether to risk his own dream in order to give theAI a chance to live theirs.

Al Hess is the author of the self-published post-apocalyptic Travelers series and the 1930s flavoured dystopian series, Hep Cats of Boise. When not hunched before a computer screen, Al can be found at his art desk.